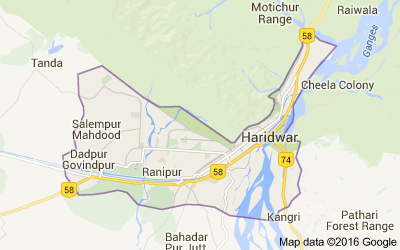 To facilitate the administration, Hardwar district is further divided into 3 Tehsils (Taluka/Tehsil/Tahsil) which are administrative divisions denoting sub-districts. Tehsils consists of multiple villages and a few towns.

Hardwar Data as per Census 2011

As per the Population Census 2011 data, following are some quick facts about Hardwar district.

In Hardwar district out of total population, 578,121 were engaged in work activities. 85.6% of workers describe their work as Main Work (Employment or Earning more than 6 Months) while 14.4% were involved in Marginal activity providing livelihood for less than 6 months. Of 578,121 workers engaged in Main Work, 87,950 were cultivators (owner or co-owner) while 75,953 were Agricultural labourers.


Nearby Districts from Hardwar

Below are the list of Districts near Hardwar district in Uttarakhand.